For the month of November our fearless Virtual Paintout leader Bill Guffey led us to a lovely place to visit: Luxembourg. It's a very small country bordered by Germany, Belgium and France.

I thoroughly enjoyed toodling around via Google Street View, and settled on this location for my painting: 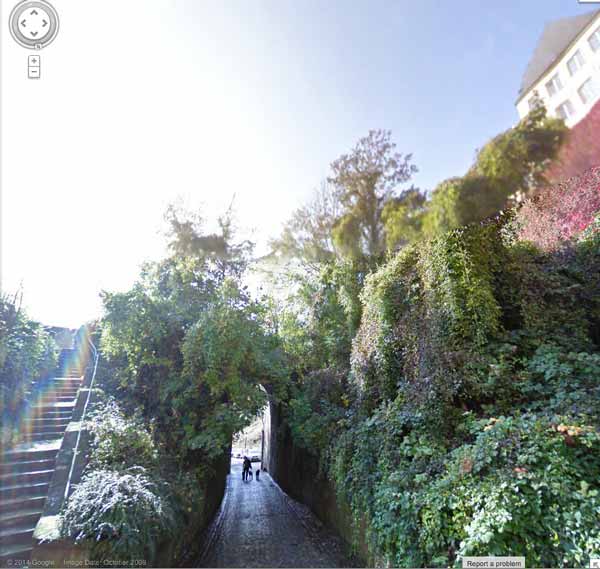 Funny story: This is a small country, yes. But it was hilarious to me that as I traveled around randomly, I saw this SAME man walking his dogs FOUR times, in 4 different locations. I recognized his bright yellow shirt.

Anywhoo... I thought I'd experiment a little with ink and watercolors on this one. And it turned out... well, not as I had expected. The good part is, I finally understood what some other artists had been talking about in Sketchbook Skool. They said:


Either the Line leads, or the Color leads, but not both.

I wanted the Line to lead here, but failed. So I kept adding color, trying to get the definition I wanted in the foliage. But then ended up too saturated, losing a lot of linework. After looking at artwork by others using both ink line and watercolor, I realized I could have re-stated some key lines again at the end. Well, live and learn.

Anyway, here it is: "Over or Under?", a street in Luxembourg:
(can click on any pics to enlarge) 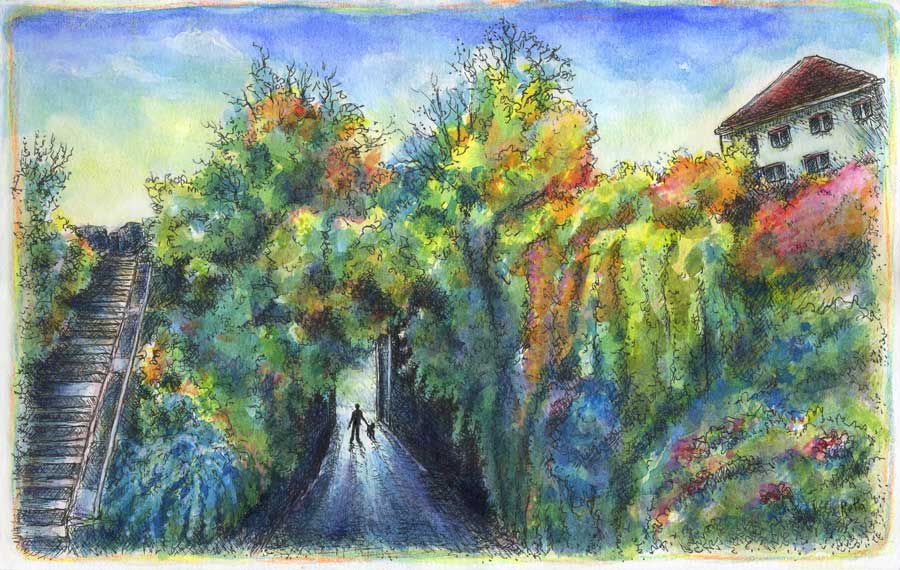 "Over or Under?"
Luxembourg
6 x 9 sketchbook
Ink, watercolor, gouache
and colored pencil

A close-up of the hilltop house: 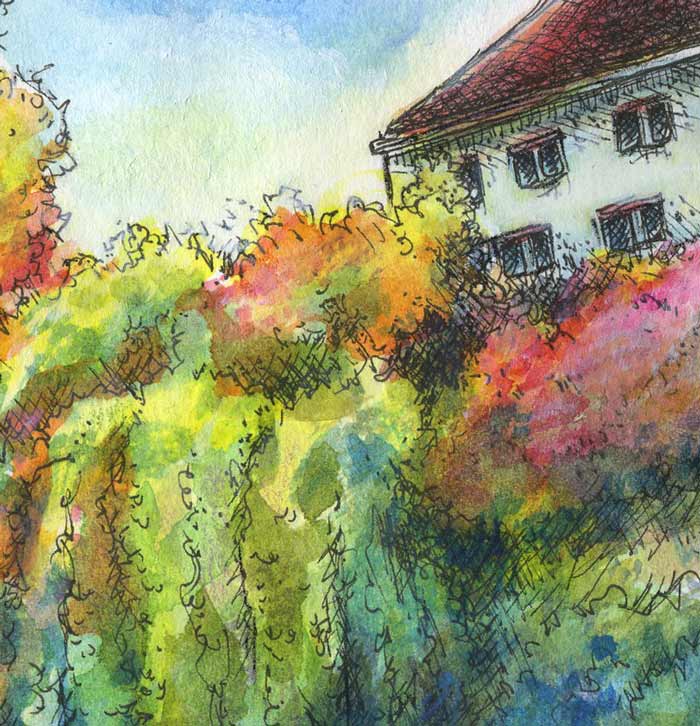 Silhouette of MrYellowShirt walking
his dog through the tunnel: 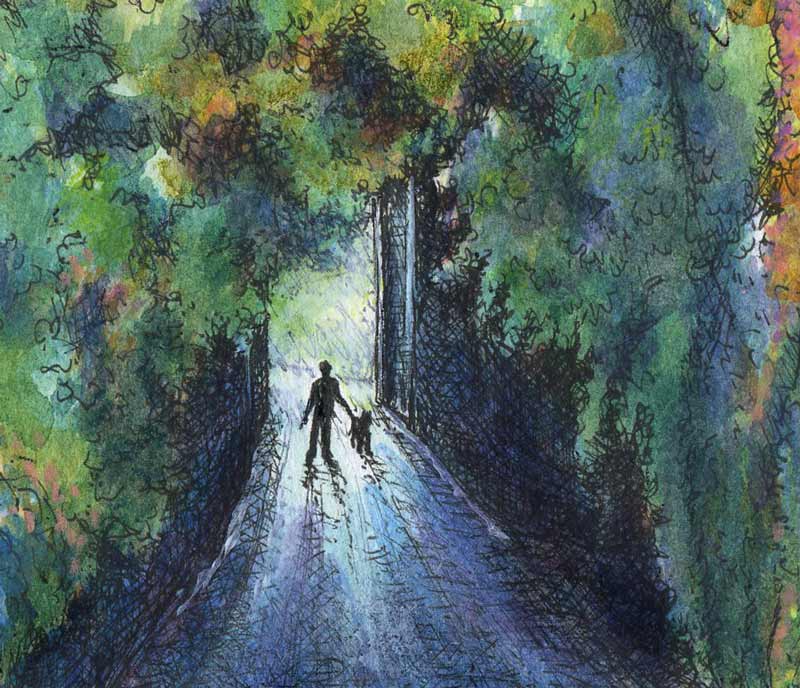