Spilling the Beans on My-Sister-the-Writer

It's my turn to join the Virtual Book Tour!

And since it's my blog I get to choose the format. Today I'm going to reminisce a little about myself and my sister.

Most of growing up we were stuck sharing a bedroom. One time we had a big tiff, and I angrily stuck masking tape down the middle of the room, and DARED her to cross to my side! Yeah, I was A Snot.

Thankfully, we have both grown up, and I can see her wonderful qualities now. And I can't begin to tell you how proud of her I am. I knew she was creative, being an amazing musician. But what I did NOT know was how creative she had become at universe building. Characters, worlds, emotions and adventures, using the written word as her creative medium.

She knows I tend to be hard headed and opinionated, even now.

So here's the inside scoop: to this day she still holds her breath to see what I've written when I do a book review for her, because she knows I'll cover it all, the good, the bad and the ugly.

That's why I was DELIGHTED when I wrote my review for Galaxy Nomads (that review can be found Here).  This is truly her best work yet. Honestly, really, truly, pinky-swear. Take it from the hard-headed older sister about My-Sister-the-Writer, Karen Elizabeth Brown.

Jet on over to either Amazon or Smashwords to get your Kindle copy of Galaxy Nomads...  you won't be sorry.

And if you need the free Kindle app from Amazon, it's right HERE (it's what I use, and it works fine). 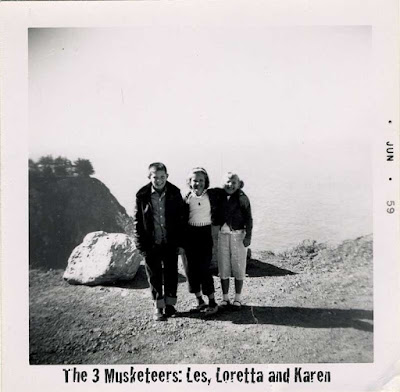 Retta
Scribbled by Retta at 1:25 AM 4 comments:

Today: Discover How the Book Cover was Created

As part of My-Sister-the-Writer's book launch for Galaxy Nomads I thought you might enjoy seeing the "making of" the book cover. 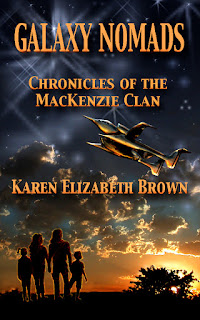 Since I hadn't read the book when I started, I began by asking questions from the author. I wanted info on things like characters, settings, tone, mood, themes. I may be doing the cover art, but the author has a "world" she's created in her own imagination, and I wanted to do it justice.

(Impt: Always be sure you use copyright free images and/or purchase the rights. We did both.)

Please note: for faster page loading, these are small thumbnails. You can click on any image to enlarge for details.

The first thing we needed was the right background.
A wonderful photographer I happen to know
(oh, gee, I'm married to him) gave us permission to use
this photograph he took in Southern Oregon.
Thank you to Jim R Stephenson Photography: 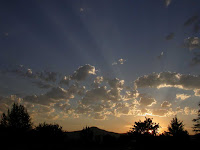 Turned it into a night sky: 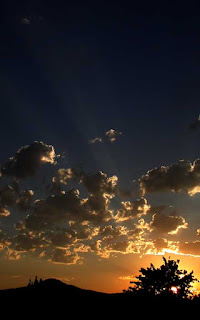 Modified to our Clan: 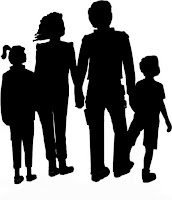 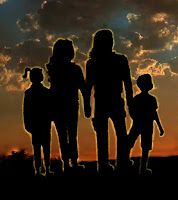 Glow from sunset hitting our family: 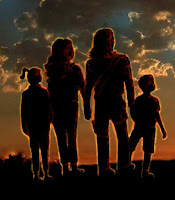 Close up of the MacKenzie silhouette:

The Clan nestled onto the planet:

Our Ship is next! This is our original stock photo:

Sleeked out and modified:

The large intergalactic spaceship in which generations
of MacKenzies left their home world, were born in, and died in!

And our finished book cover with text:

I hope you found this behind-the-scenes look at how the cover art was created interesting. I used a dinosaur version of Photoshop, PS Elements 6, but it did the job. If you need a source of free-to-use imagery, check out morgueFile.

I think my favorite part was creating the spaceship. It has a kind of "retro-future" look to it. No, really, that's a legit term in the art world! It cracked me up when My-Sister-the-Writer laughed and said that term was an oxymoron. Oh well, who ever said artists were normal, mwa ha ha ha.

PS: for anyone interested in more detailed info on creating their own book cover, I wrote a 7 part cover art tutorial HERE.

The Virtual Book Tour continues for Galaxy Nomads today over at Defending the Pen!

Today My-Sister-The-Writer (Karen Elizabeth Brown) is being interviewed by writer Yolanda Renee. Glimpse an inside peek into my sisters life, HERE. 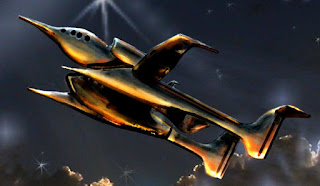 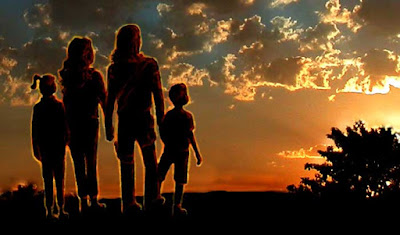 PS: I don't have a Kindle or other reader, but downloaded the FREE Kindle reader APP from Amazon for my Mac. If you need one, check it out Here. Did mention it's free? ;-)
Scribbled by Retta at 4:00 AM No comments:

I totally enjoyed creating the cover art for this epic romp thru space adventure: 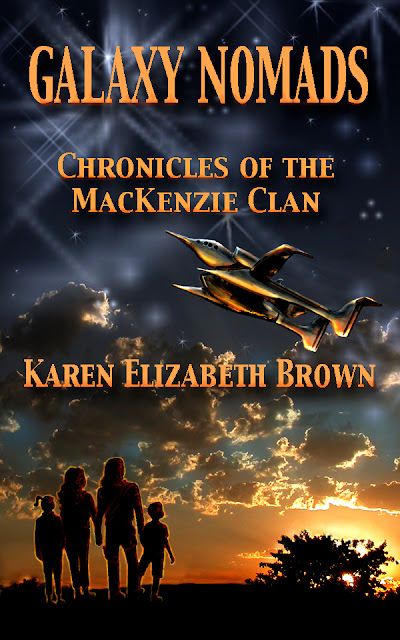 Here's a little introduction to the story:

The MacKenzie clan is forced to flee from the devastating destruction of a supernova and is challenged to a ruthless game of survival. When all seems hopeless, a new generation arises to battle their worst enemy in a unique battle of wits. Will the MacKenzies survive betrayal, pirates and wormholes to the outer quadrants? Here they find a new race of people on the Patchouli planet where the female is Alpha. They learn wisdom from the mystics and seers on their jaunt through the universe and from across the galaxy two brothers are reconciled to each other. They experience love and hate in the Merridian sector when a prince is abducted and must be rescued before a cruel cousin steals the throne. An epic read that will send you spiraling at warp speed through all the MacKenzie generations.

You can find Galaxy Nomads: Chronicles of the MacKenzie Clan in digital version both on Amazon and Smashwords:

And of course, My-Sister-The-Writers's own blog:
Karen Elizabeth Brown

And last but definitely not least we have Mary Pax, one of my favorite authors, contributing to the Official Launch Day by writing about one of the main characters from the MacKenzie clan, Ryder MacKenzie. You don't want to miss that!

The link to Mary's blog is here: M. Pax

It will be fun to see what Ryder has to say for himself about all this running around in space, plagues, pirates and... "that girl". Hmmmmmm. Haven't read the piece yet myself, so don't know what he's going to talk about. Come on, Ryder, spill the beans!

Retta
Scribbled by Retta at 8:32 AM 2 comments: