For September the Virtual Paintout gang took off for Sweden! Our fearless leader, Bill Guffey  chose the city of Gothenburg for our destination.

I went site-seeing and ended up at the seaside. I was delighted to discover that the Google camera guy had somehow gone INSIDE the seaside resort. All the rooms were empty but beautifully set up, as though expecting guests at any moment. (You can visit HERE and guide the camera around inside the resort; it's fun).

Then I saw it. A big wicker box next to a crackling fireplace. And in the box lay a Teddy Bear.

I instantly felt it. A feeling of patiently waiting... eager and ready to be loved, and wanting to give love in return. The little bear has a specific and wonderful purpose in life, a destiny.

I had to paint it.

Here is the original image:
(can click any pics to enlarge) 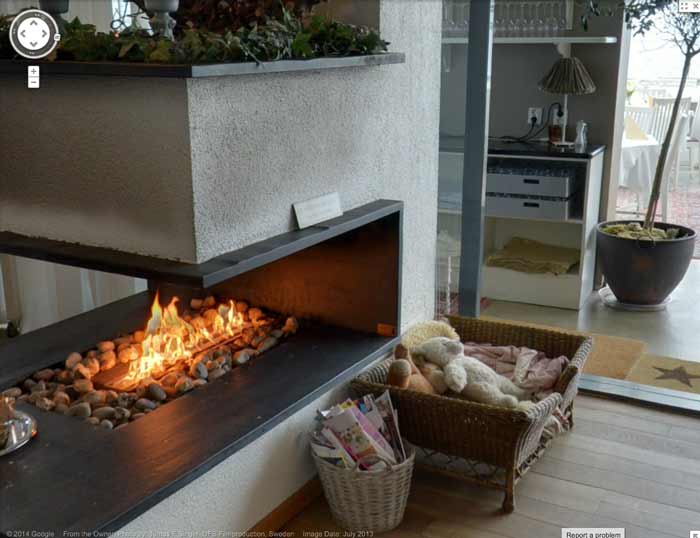 And here is my interpretation of it: 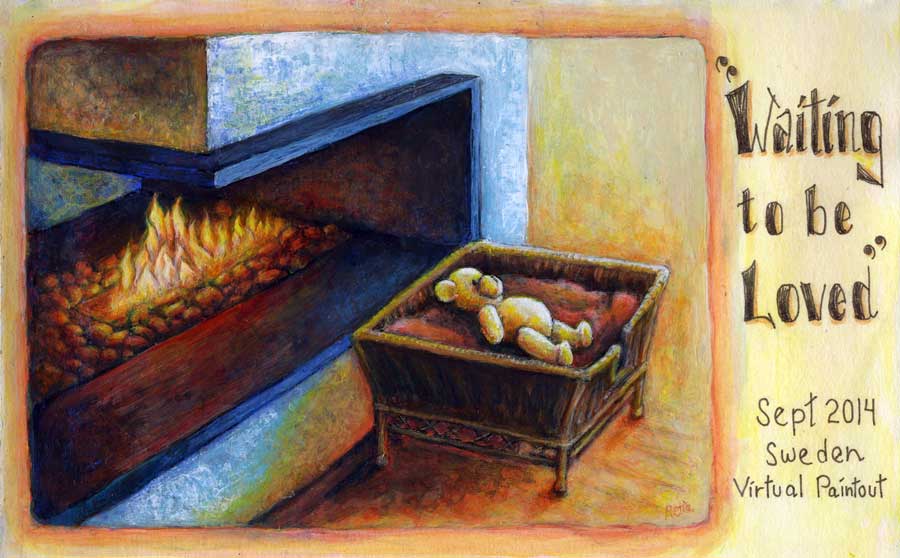 Had to have a Teddy Bear close up: 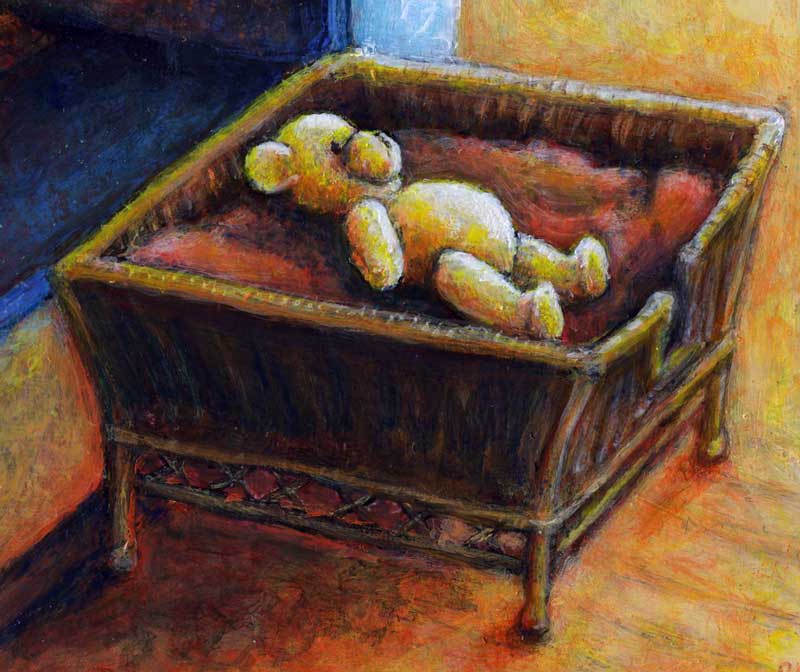 Thank you for looking, hope you enjoyed it. And as always, anyone is welcome to join the monthly excursions with the Virtual Paintout gang. HERE is where you can find all the deets.

How to be MORE Productive at... Whatever!


I met author Mary Pax  several years ago on the internet. She made me feel welcome, and I consider her my friend. I've watched her career blossom, and have been amazed at her level of productivity... rain or shine, illness, sick kitties, weather, you name it.
I was listening to a podcast the other day (forget the name of it) about advice for artists. And I was struck with something they mentioned in passing: Leave your STUFF at the studio door.
I always thought my art was intricately tied to how I felt. I was convinced I couldn't work - with joy - if I was upset or having a tough time in my life. Obviously, my production level was insconsistent. Life has too many ups n' downs!

But that suggestion - Leave your Stuff at the studio door - wouldn't go away.

And I thought back to a waitress Jim and I were impressed with YEARS and years ago. She went to church with us, so we knew her backstory. Her life was NOT a bed of roses. Lots of struggle and pain. Yet she made amazing tips! She took care of her kids very well on what she earned as a waitress. She made her customers feel like they were king or queen for the day, and was cheerful and happy. So one day we asked her what her secret was??

She said: she left her troubles at the restaurant door.

Why didn't I get it back then???!!! The memory of what that amazing waitress told us collided with the advice on that podcast, and a NEW BELIEF was birthed in my heart: that I could do that, too.

Well, I HOPED I could. And I soon had my chance to see if the idea had, indeed, taken root deep enough inside me to actually change me. I signed up to do a post for Mary Pax's new book series, The Rifters.  Not only a post, but I got this idea to make a whole sketchbook based on the imaginary Oregon town of Settler, where her series is based. A huge project, with a looming deadline!! You can see that completed post here; yep, I made my deadline, and the drawing is still open there for a set of FREE e-books! 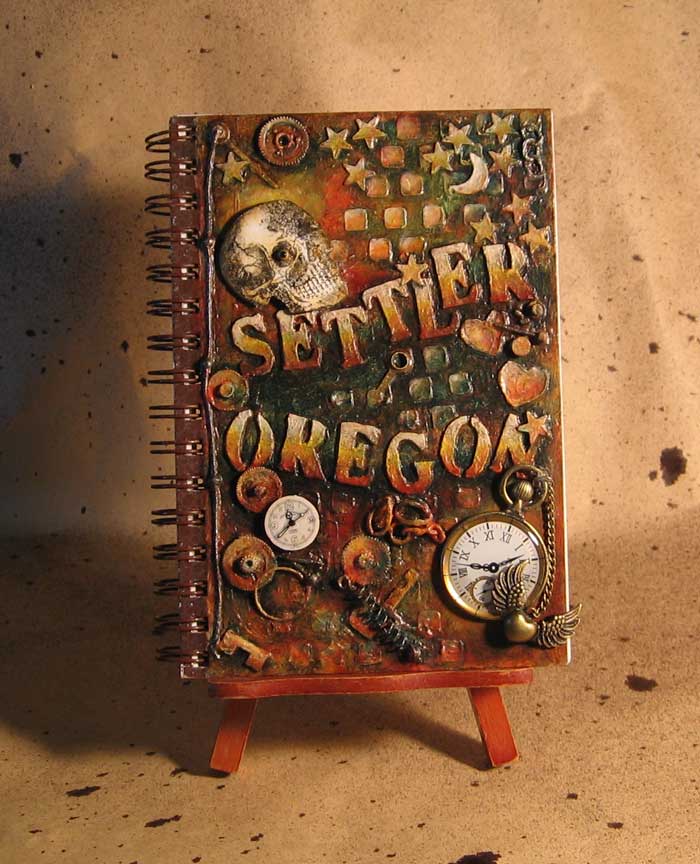 No time to wait til I "felt" like it. Time to sketch, NOW.

And lo and behold... it works. It really does.

I leave my "stuff" at the studio door... crank up My music, and enjoy myself.

So, if YOU, too, want to increase your productivity: Leave your Stuff at the studio door!

I'd love to hear if you already to this... and if you have any tips for me. Thanks! 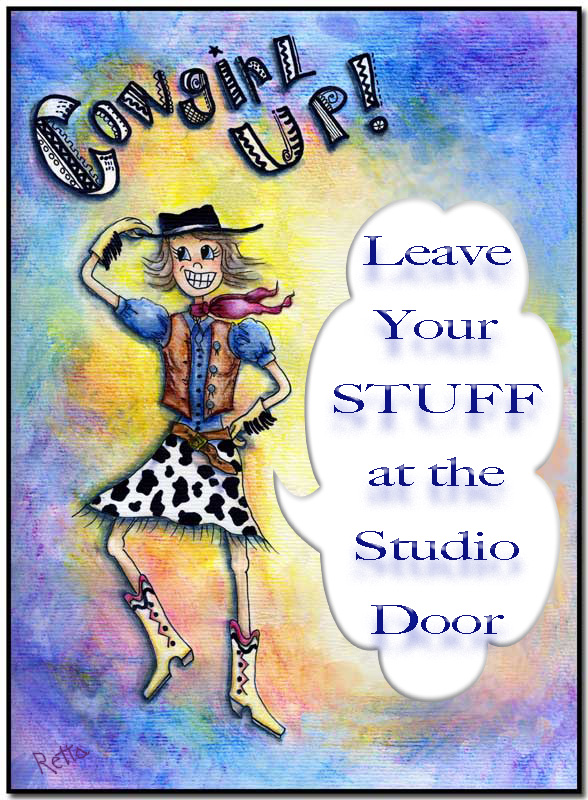 Feel free to download a copy of my Cowgirl Up poster if you think it would be a good reminder for you. I have mine hanging in my studio where I can see it every day! :-)
(Be sure to click it open before you download, so you get the full sized file to print).

My Sketchcrawl Adventure... and Win a FREE e-book!

My friend, author Mary Pax, is having another book launch!

I'm super excited to be participating, since I enjoy her writing. It's a strange combination of urban fantasy/contemporary sci-fi/paranormal adventure/ and even steampunk. Weird is a good word for it!

Mary has generously provided a FREE set of e-books (Books 1 & 2 of The Rifters series) to one of my lucky commenters here. I'll announce the winner on October 1st (last day to comment and be included in the drawing: Sept 30th).

The new series is called The Rifters, and Book 1 launched on Sept 8th. Here is the LINK to Mary's website, where you can read Chapter One of The Rifters; it also has links to Amazon and other sources. As of this writing, The Rifters e-book is FREE at Amazon, Smashword and others! Cool deal, yes?? 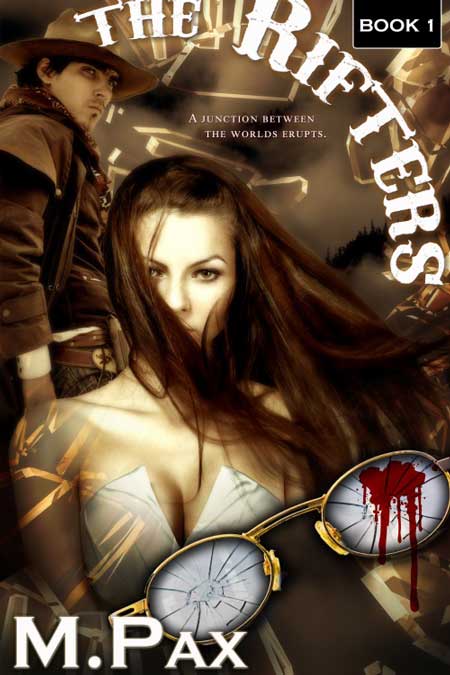 I've read several stories by Mary Pax, and enjoyed every one. I always end up shaking my head, thinking "how in the world does she think this stuff up??!"

I have a lot to share, so will be posting thumbnail pics from my sketchbook. Just click on them to enlarge... don't wanna crash anyones pc, with so many images to load, ha!

Without further ado, here is our "Book Launch Vacation":

(Spoiler alert:
forget what the Settler Tourism Department says...
there ARE weird happenings around Settler, Oregon!) I'm one of the lucky ones. I live in Southern Oregon. The infamous town of Settler, Oregon is within a days driving for me, being up north from my town. Since my husband is a photographer, we drove up to the Caslow County Fair and Expo at the end of August. Jim wanted to take photos of the high desert country, and maybe Swit Lake if he had time before sundown.
Me? I did a SketchCrawl.** That's where you take your sketchbook and painting/sketching paraphanalia and just hike out to... wherever. Last time we visited Settler, Francine at the Settler Mercantile let it slip that the rumors were TRUE about "otherworldly beasts" being spotted near Settler.

We found out for ourselves this time! I had hoped to stumble on some Beasties to draw. Was thinking... "Wouldn't that be cool?? If I survive the encounter, that is! Mwa ha ha, sure wish they were for real."  Careful what you wish for! 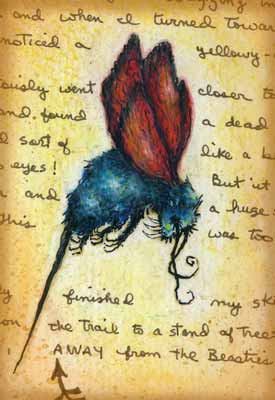 Well, we DID make it home in one piece, and I am so excited to share images from our "vacation".

I really DID get to see some of the rumored "other worldly beasts". Honestly, I thought it was just "marketing hype" for the tourists, ya know?? But after Jim dropped me off so he and Joey (our Mini-schnauzer) could go exploring on their own, I took my time poking around. It was an overcast afternoon, so not too hot.

There were boulders to sit on and sketch, but it was almost dusk when the adventure REALLY started. That's when the beasties ventured out!!

Enough jabbering... below are pics from my 5.5 x 8 inch sketchbook. Some were rough... I was trying to draw fast, the light was fading. So a few of the color touches were added from memory once we made it back home. But wow, it was amazing to see what really lives in Settler, Oregon. You've GOT to visit Settler for yourself. Honestly, if you love "weird", you'll have a blast!

You can click the pics to enlarge. I didn't caption these; they are in order, so you could read each journal entry if you'd like to know about the sketch following it. And a few of the photos Jim took:

He thought this was funny...

Morning glow on a pansy... 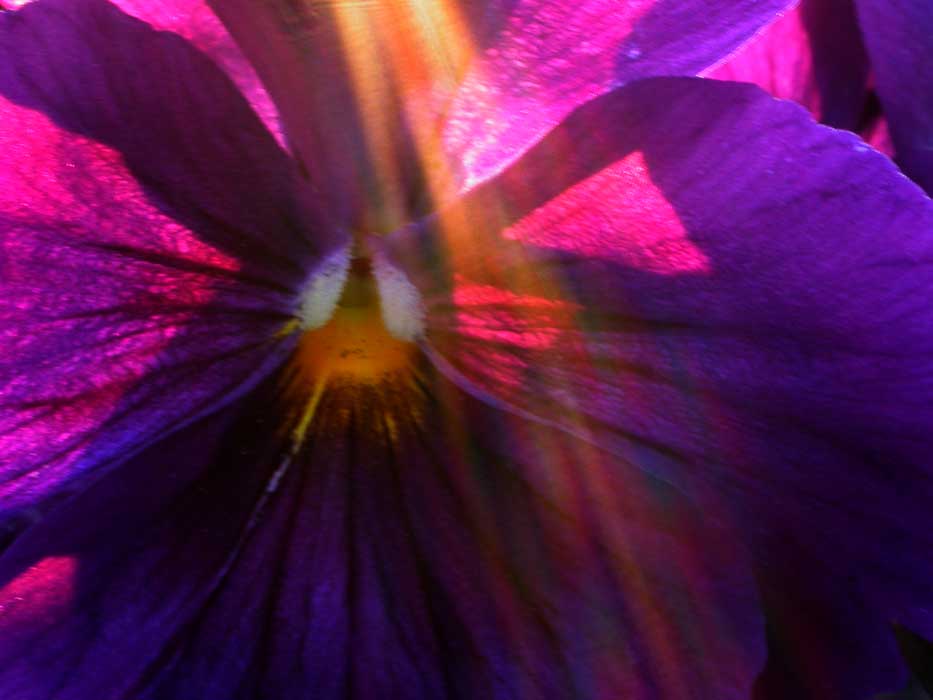 And they were functional!! 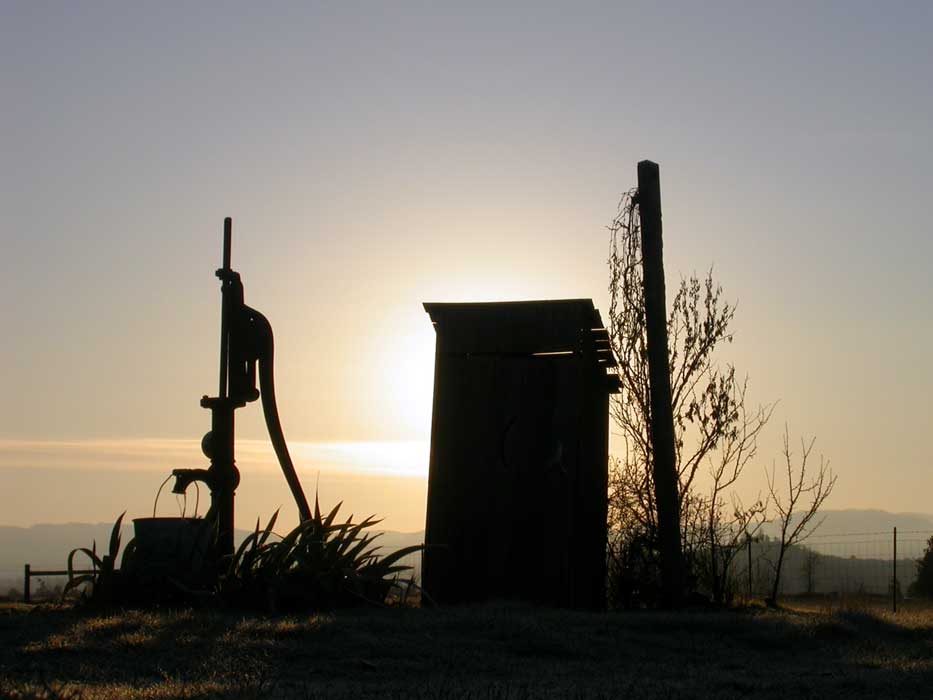 Taken right before the sun came up... 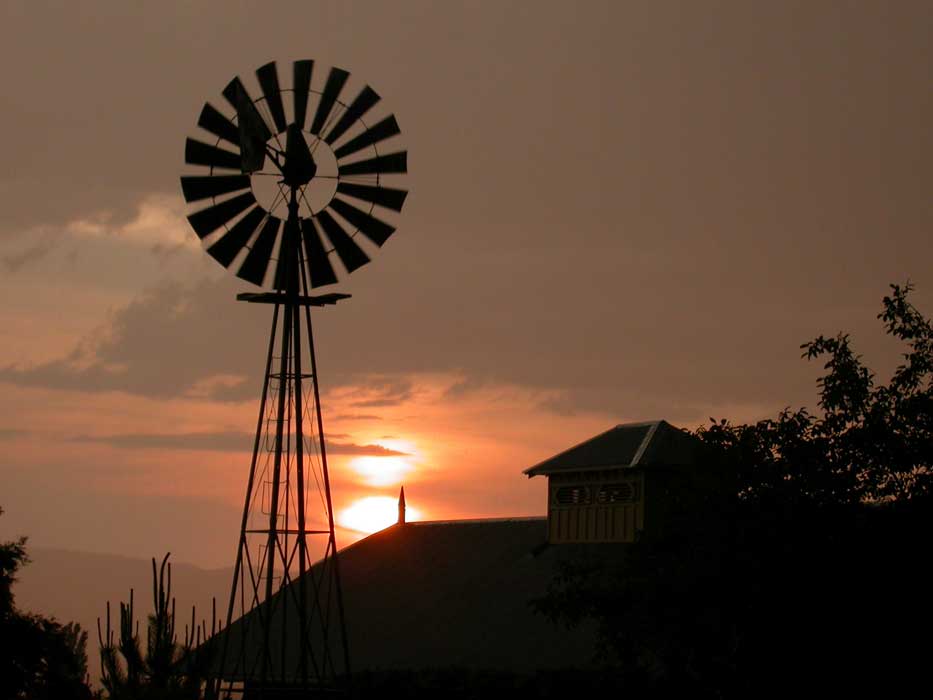 He said he noticed a lot of strange things around Settler, this being one of them...

Yikes, Jim almost ran nose to nose with this guy...

He said he had a hard climb to get this view of Swit Lake, but it was worth it... 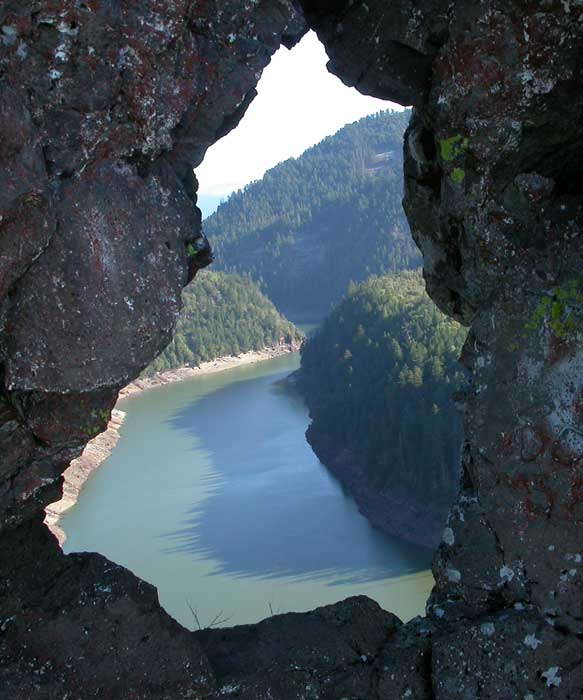 Even some of the plant life there is weird... 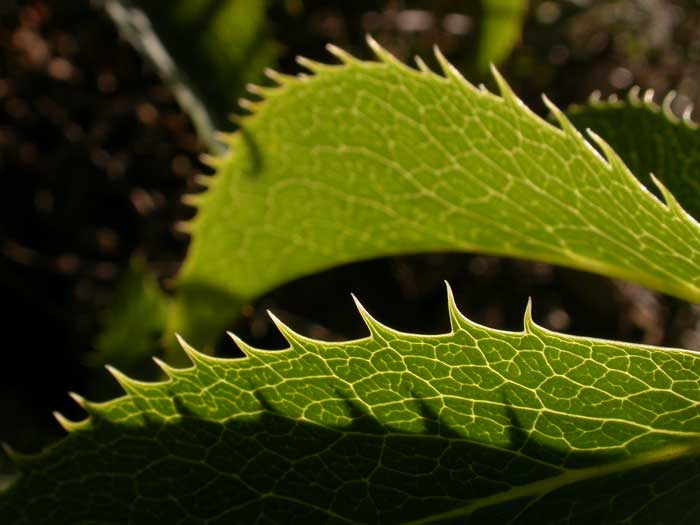 He stumbled upon this old house right at sunset... 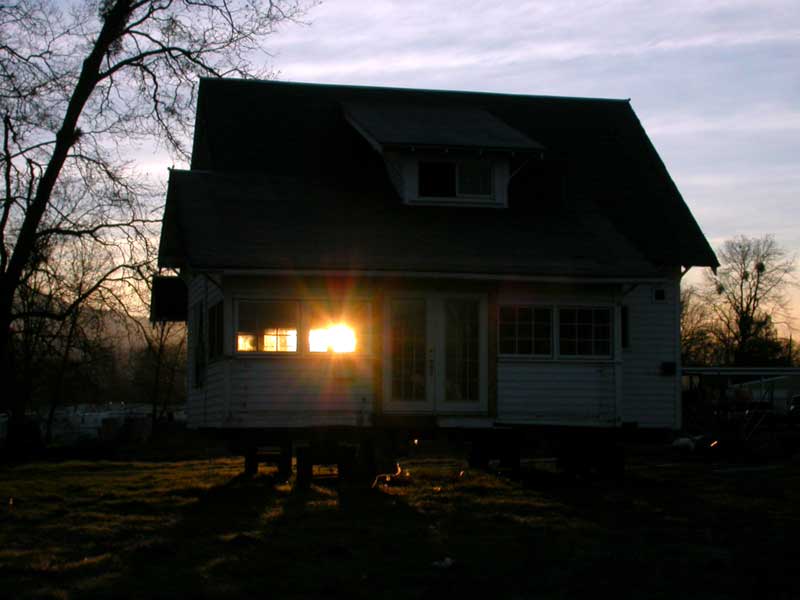 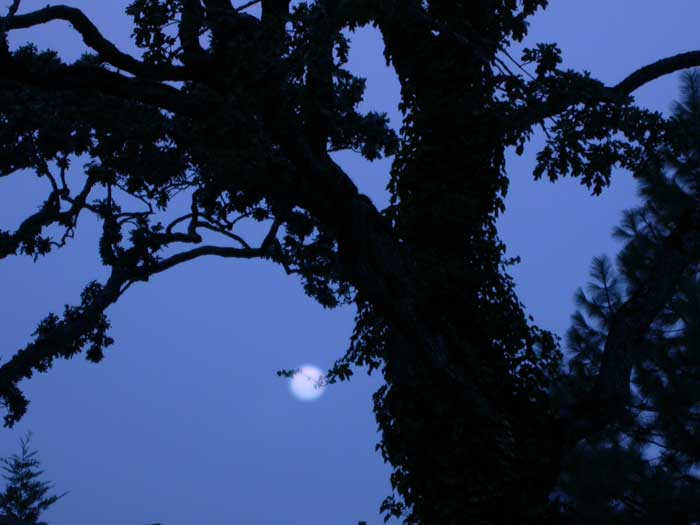 I wonder if that full moon might explain some of the weirdness, including these strange lights he saw?? 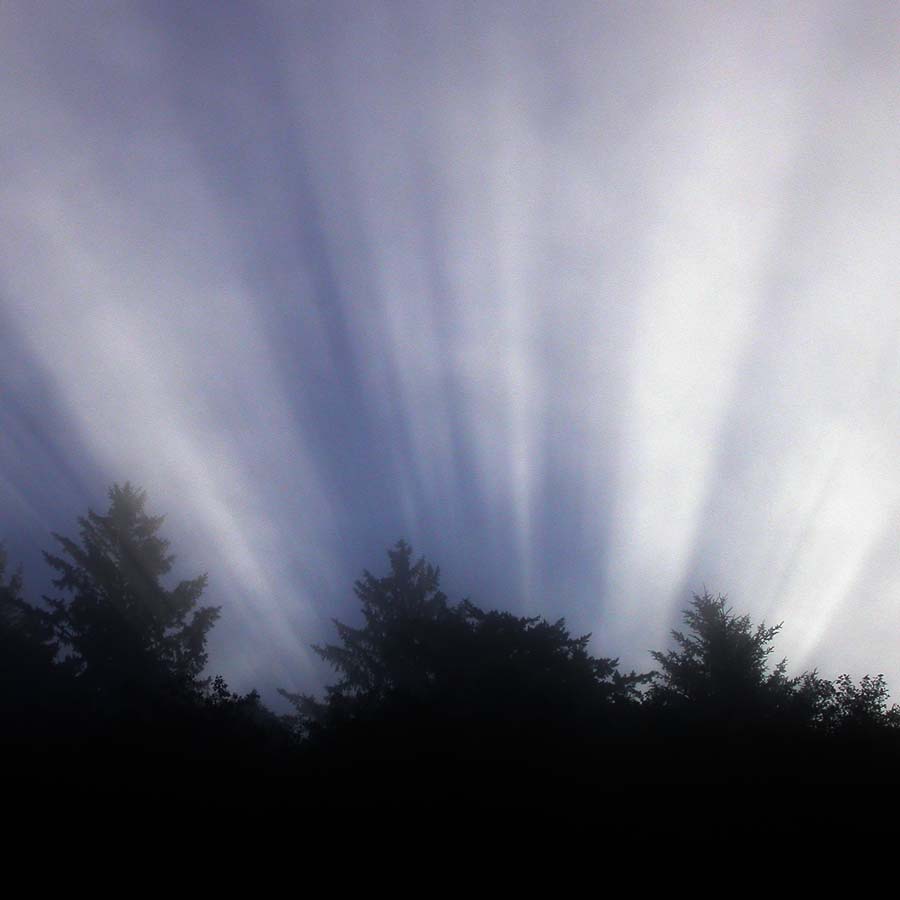 Well, what can I tell ya... I now know where Weird lives.

Hoped you enjoyed the visuals from our vacation, and I know you will enjoy this new book series from Mary Pax. And don't forget to leave a comment by Sept 30th so I can put you into the drawing for a FREE set of e-books!

**The town of Settler, Oregon is a figment of author M Pax's     imagination, as is my account of our vacation, my Sketchcrawl, and my encounters with the Beasties. Oh yes, the sketches are real!! But they were drawn right here in my own safe little studio, with Joey barking and Vevie and Butterfly meowing to be petted or fed. They are the only carnivores around here, and they don't glow green. ;-)

Edited to add:  The drawing is now closed. Thanks for looking at my sketchbook... hope you enjoyed it.